I’ve been kept busy with some interesting video work of late, not least of which was the opportunity to edit Julia Johnson’s amazing debut video.

Julia shot it with my fellow EP-In-A-Day alum Shane Parsons, but with Shane’s hectic filming schedule and a release date looming, she asked me to try my hand at the edit. Unlike many filmmakers I’ve spoken with, I enjoy editing (far less stressful than filming!), and so was keen to be involved. Shane’s colours and compositions were a dream to work with, and Julia had a precise vision for the unfolding narrative which I did my best to execute.

Listening to it now, it’s strange and unworldly to my ears – the result of the footage being shot at 1.5x the normal speed of the song. Consequently, I spent hours listening to a sped-up-on-red-cordial-and-gummy-bears-version – that’s the version that sounds ‘normal’ to me!

Faux Faux Amis’ drummer Darren Atkinson is also a founding member of Oz-rock royalty The Ups & Downs. The Ups & Downs have re-formed after 30 years, garnering great reviews for their new album The Sky’s In Love With You, and prepping for an upcoming tour with The Sunnyboys. Darren hit me up to do a video for the band, for which I am now finalising the edit. However, late last year, their record label was undertaking the international launch of the album and was desperate for the band to have a video immediately.

In a moment of either inspiration or lunacy, Darren asked if I could re-work the video for Faux Faux Amis’ Holiday Inn into a video for The Ups & Downs’ new single True Love Waste. It is definitely the oddest video request I’ve ever received – and I’ve filmed Nick in a droog-fireman’s outfit rowing a boat.

Firstly, I wasn’t sure if the rest of the Ups & Downs would be comfortable having a hand-me-down video. Darren assured me they were fine with it, and after I pondered it, I realised it presented a unique opportunity. It reminded me of when Brendan McCarthy re-coloured an issue of Paradax, calling it a remix – I treated this as the film equivalent of the same concept. Everyone knows how dramatically music can change the perception of visuals – there’s a whole subgenre of Youtube videos where trailers for horror movies have been remade as rom-coms, etc. heavily reliant on their altered musical cues. I was curious to see how the visuals of Holiday Inn would be perceived with a different score – I changed the colour grading, added different footage for the song’s breakdowns, and removed a couple of the sillier visual gags and graphics, but the majority of the edit remained the same. It works surprisingly well!

The second video I shot for The Ups & Downs should be released soon – it’s drastically different, literally an all-singing, all-dancing affair.

Lastly, here’s a sneak peak of the space odyssey I shot for Coolio & Housemouse’s brilliant song Infinite Pandits (that’s the ‘teaser’ above). More to come! 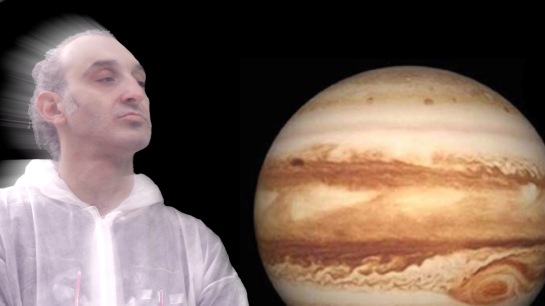