Regular readers know that Luke and I have been juggling our usual foolhardy amount of different projects over the past year. Well, lurking behind all of those projects was perhaps the biggest thing we’ve worked on as a team, something so sprawling and multi-pronged that we’ve waited until every part of it was done so that we can now launch it with an obnoxiously strident three-month rollout.

It started with me applying for an ArtsACT grant to fund three of my ongoing EP-In-A-Day series, where I create a band for one day and arrange then record four live versions of four original songs while Luke shoots a video for each song. So I got the grant, and that shot of encouragement was all I needed to instantly decide that the whole thing has to be bigger, weirder and again I say weirder.

Maybe there’s someone else making full-blown narrative music videos where the sets, costumes and performance are created and captured at the exact same time that the final live take of the song is arranged and performed for posterity. I don’t know that there is but their might be. Either way, that’s what we did, twelve times across three days across one year. We roped in a raging house party’s worth of incredible musicians, producers, actors, dancers and filmmakers. The core team of myself, Luke, Sam ‘Eardoll of Millions’ King and Adam ‘Recorder of our whole lives’ Thomas was completed by Imogen ‘really maybe the best production designer alive’ Keen, who I will be aiming to have at the centre of all my projects for the rest of time.

As a team we made four complete and distinct units of Music Video in three 14-hour sessions, an effort that took incredible goodwill, cooperation and skill from all involved. The narrative of the videos started as a loose thread of existential angst and ramped up into a starkly-rendered character sketch; one man’s doomed attempt to defeat his own mortality through pop music, and his loved ones’ attempt to snap him out of it, help him calm down or maybe even enable him further.

At heart it’s me presenting songs to you so there’s all the usual attendant nervousness that comes with that. Still, so many wonderful people did so much good work on this that  I can’t wait for you to see the results. The first video drops this week, and announcements about the live launch event will be right on it’s heels! 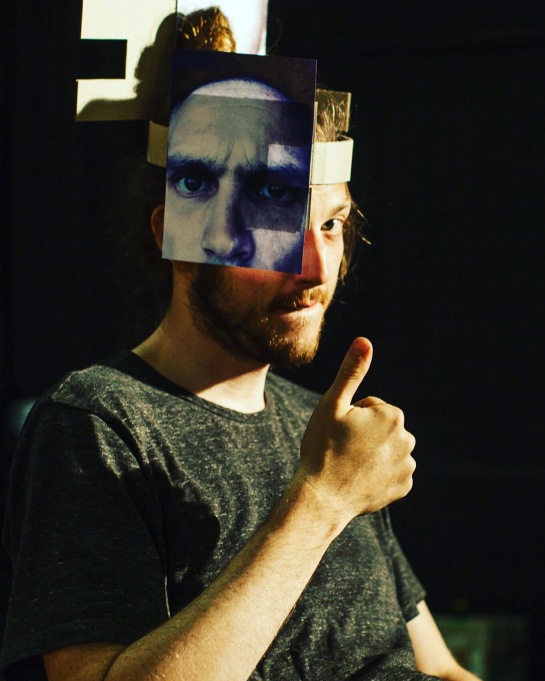