Nick: The other three EPinaday songs have all had previous lives in bands that I’ve played them with. This track, whilst it’s been kicking around for a couple years, had never been performed live or even rehearsed by a band before. For that reason it feels like the most honest expression of the arrange-and-record-in-a-day concept.

In writing terms it’s pretty straight-up Nashville country in the Cash and Carter tradition. Boxing matches are a metaphor I seem to keep coming back to, probably because of all the great terminology that exists in the sport (plenty of my trademark apocalyptic imagery sneaks in too). Musically there’s a certain gleeful dumbness to the chunka-chunk chorus that we all leaned into. There’s a 7th chord in there among the usual major chords, which makes it practically jazz by my standards. 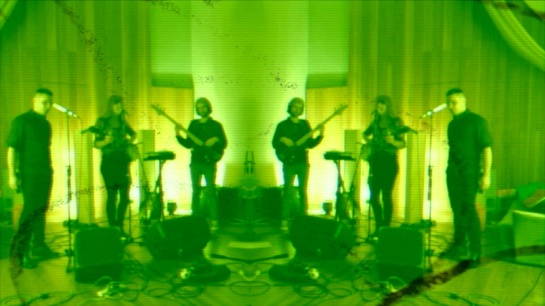 Luke: After the multi-cam extravaganza of World Of Hurt, and the demure black and white of Lake George, I was at a loss for how to approach Seeing Stars.  Quick edits? Lots of inserts? More of the same?

Nick provided me with the key – he said (and I’m paraphrasing), “It’s a country song, innit? So go punk with it. Blank Generation. Them bleedin’ squares won’t know what hit ’em”.  Blank Generation is a touchstone between us – 16mm unsynched black and white reels of bands playing CBGBs in the late 70s. It’s essentially home movies, some of bands that became the biggest in world – Blondie, Talking Heads, Patti Smith, Ramones, and others that became cult favourites – Television, Wayne County, Tuff Darts, to name a few. Put simply, it’s the coolest footage ever filmed.

I didn’t go Blank Generation on Seeing Stars. But the suggestion freed me to not be so precious with the footage. I wanted to do something similar to this video of PROM, to recast it as a long-lost VHS nasty. With that as a starting point, I put together the ‘interrupted transmission’ intro, to indicate a clean break from the slicker videos that came before (the dubbed Spanish sitcom dialogue was a perverse piece of whimsy). 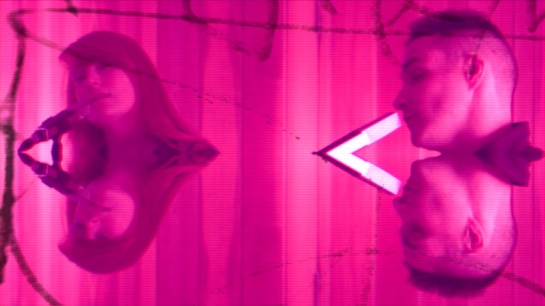 There is a veneer of TV static over the footage (though not as extreme as Nothing But Flowers), and then from there, things get… weird. The doubled footage, the squiggly black lines, and the day-glo colours were the result of a fun morning of experimentation (which also yielded hideous Rubber Johnnies like this): 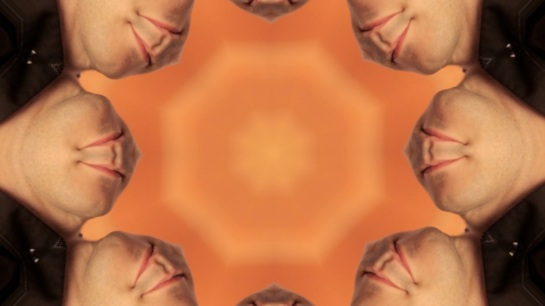 To me, it’s come out quite psychedelic, and I like the idea of both Nick and Julia seemingly singing this duet not to each other, but to mirrored versions of themselves.

My favourite moment though is when Sam King’s head disappears – it’s like there’s an invisible lake in the middle of the frame – his topknot bobs above a moment before sinking completely.  Beautiful. 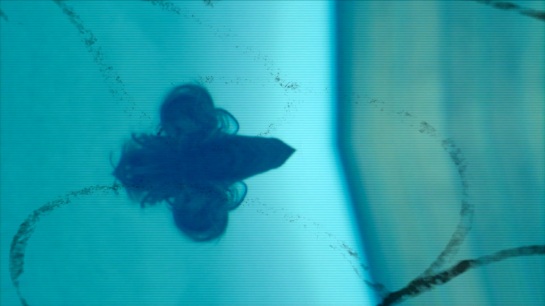