Lou and I have settled on the name for our production company. 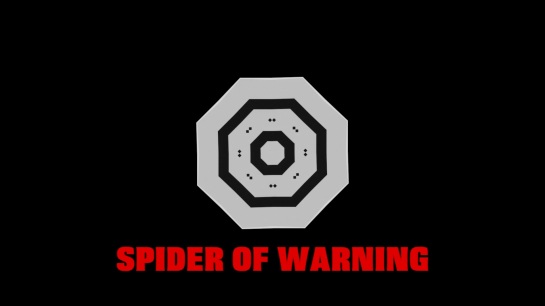 It’s a nod to artist/writer/personal hero Brendan McCarthy, whose 1980s series Strange Days brandished a faux-Comics Code Authority badge that read ‘Approved By The Spider Of Warning’. McCarthy is a genius and it will be nice to be reminded of his passion and imagination in everything we do.

As a production company name it’s more Bad Robot than Universal Studios, but I’m happy about that. Picking a name is harder than it appears – every interesting word or filmmaking term seems to have already had ‘films’ or ‘studios’ or ‘pictures’ slapped on its end. I thought of a dozen that Google uncovered were already in use. Originally I was keen on Handsome Films after my Cool Weapon alter ego, but that was snapped up recently.

I’m glad we didn’t settle on that – SPIDER OF WARNING is a brilliant name, playful and strange. Now we have to live up to it.