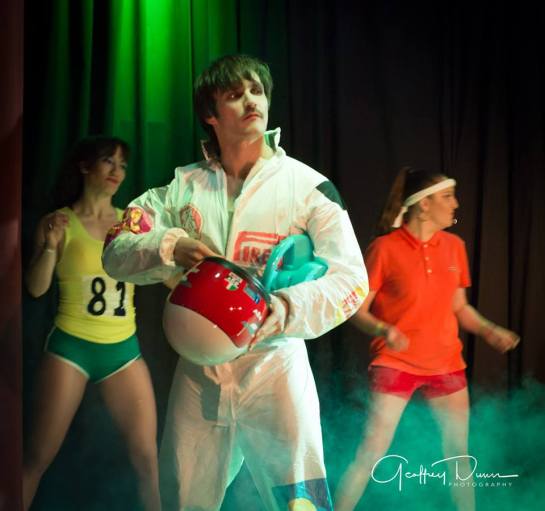 2 years since the inaugural Cell Block 69 Dance-Off. 1 year since Luke and I were roped in to being part of Catherine ‘Benevolent Tyrant of Dance’ James’ winning team, Mergers and Acquisitions. 3 months since Catherine split us into two separate teams, Mergers AND Acquisitions, as part of her escalating philosophy of ruthless Dance-Off Dominance. The 1 time per year when Luke and I are most happy to be mere cogs in the creative war machine servicing someone else’s agenda. As well as the greater agenda of John Farnham and Robert Palmer.