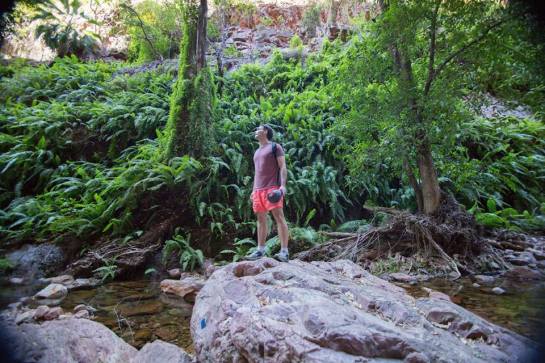 This is me on holiday. The run is done.

I went to Fringe prepared to be a lonely isolated cog in a huge machine. I feel very silly about that now. Of course Melbourne Fringe is just a rag-tag bunch of overworked wonderful people, just like any other arts festival. Being in the Fringe hub made me feel supported and surrounded by friends, and I was humbled by how many of the staff members made time to come and see my show considering how busy they all were.

I was super lucky to have solid crowds from the first night (by which I mean I was super lucky to have Adelaide Rief as my producer, she promoted the shit out of the show) and I was thrilled to see those numbers track up to almost full rooms by the last couple nights. The crowds in questions were generous, warm and proactive in engaging with what the show is. I got a very flattering review of the opening night, and the thing I’d been most afraid of- turning around 7 nights of the show- became the fun part. I realised that I’ve been working this show on and off for 2 years now, and it’s a solid show. It’s doing the thing I want it to do solidly.

It feels so solid in fact that I’d be mad not to make plans for some more runs. Which I will do. After a bit more time outdoors.