Luke- We heralded the new year with the release of the music video for Worked Up, taken from our EP Forever Together.

I wrote our friend Tom Woodward into the video before asking him if he’d like to be involved. When I pitched him the part of a sketchy drug dealer, he immediately accepted, throwing up a stack of excellent wardrobe ideas, and in a huge commitment to character and authenticity (there are no small roles), he suggested he would even get a spray tan. I told him if he was willing to do it, our budget would cover his costs. The results speak for themselves.

Speaking of wardrobe, Nick’s guideline for our clothes was ‘extreme normcore’. He mentioned he was going to wear an old torn-up t-shirt. I said I’d do the same – when I met him on the first day of shooting, we discovered both our t-shirts were torn in exactly the same place. Given the ease of the rest of the shoot, it re-affirmed my belief that these kinds of weird synchronous events are in fact a favourable sign from the gods.

When I have the option I always like to shoot in Queanbeyan (it’s New York to my Woody Allen), and as self-appointed location scout, we filmed at my place (natch), Tom’s place (around the corner from mine), the Wallaby Motel, the local Hungry Jack’s, and the Donald Road Convenience Store (conveniently operated by my Faux Faux Amis bandmate Kevin Lauro).

I’ve long wanted to film something inside Kev’s store – every time I walk in I think of the Quick Stop in Clerks. It’s like a portal into an American film universe – there’s even a slushie machine! Kev was incredibly magnanimous in allowing us to shoot there, even letting us do so while the store was still open (his equally patient customers stepped lightly over and around us, quizzical looks on their faces). That’s Kev’s son Alistair playing the role of cashier – not a huge stretch of his acting chops, but I reckon the kid’s got a bright future. 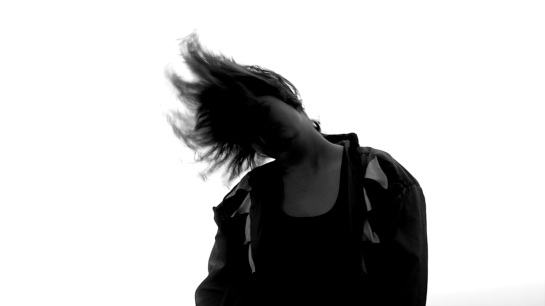 Nick’s outline for the clip called for ‘dancers dancing in a dirty white void with sleazy lighting’. The first thing that popped into my mind was the brilliant video for Pusha T’s King Push.

It’s latter half (a pristine lit background, with Pusha in shadow in the foreground) was my jumping-off point. Once it was shot, I spent some time layering footage and blending it with different attributes, generating several unique looks. I settled on just two for this video (there’s already enough going on!), but I’ve now got plenty of ideas for subsequent clips. 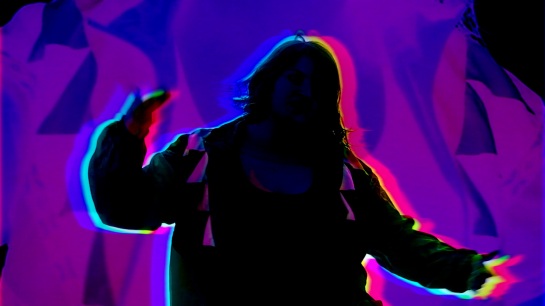 I’ll leave Nick to write about the hotel scenes, other than to say I was incredibly impressed with his fearless performance. Matt Lustri (aka Housemouse) was also a complete natural in front of the camera, and I was surprised to learn it was his first experience in a music video! 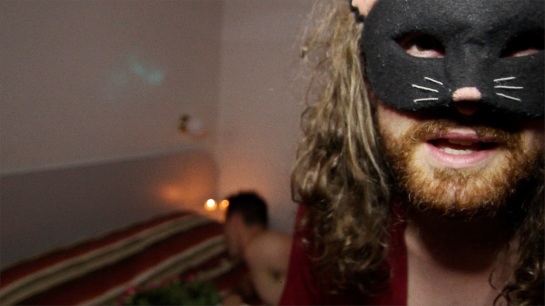 Parts remind of those music videos cobbled together from tour and behind the scenes footage… except we filmed it all specifically. Nick and I are both fans of ‘music video logic’, which adheres more to the rules of cinema than television, and prizes mood and texture and novelty and style over the straightforward delivery of information. In my opinion, the more we could leave unexplained, the stronger the impact. To do this but still maintain some coherence was a challenge. My solution was to edit the story beats sequentially and then to layer other footage over the top. That way there is still a throughline (from diner to store to Tom’s to studio to motel) with flash-forwards continually hinting at future scenes. I’ve had one person tell me it’s too busy but it’s a favoured style for me and I think the juxtaposition of shots and rhythm and lyrics adds several other layers of meaning than if it was cut in a more undemanding manner.

As always, Lou was the unsung hero of production, manning the camera and doing everything else from applying make-up bruises to operating the disco lights. Plus, she is seven months pregnant! She is far too good for all of us.

The clip ends with a coda of Nick and I carrying our gear (and drummer – the redoubtable Grahame Thompson) off into the night. The music playing is a snippet of Defenceless, another song from our EP and our next video. In a grindhouse flourish, I originally had the clip end with a freeze-frame and the text ‘Babyfreeze will return in Defenceless’ superimposed. At the last second, like Coco Chanel’s advice, I took it off, letting the music speak for itself. 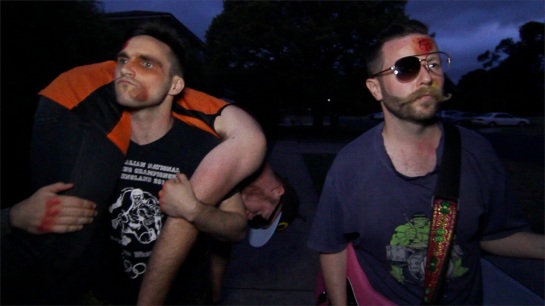 Nick- The steady development of Louise McGrath into a full-blown film-maker has leveled up the whole Lick Nuke operation. I feel like we’re finally hitting 100% of what’s in our heads and it’s great that the first fruits of that is in support of Worked Up, a track that’s gotta be in my top 3 Luke McGrath compositions. 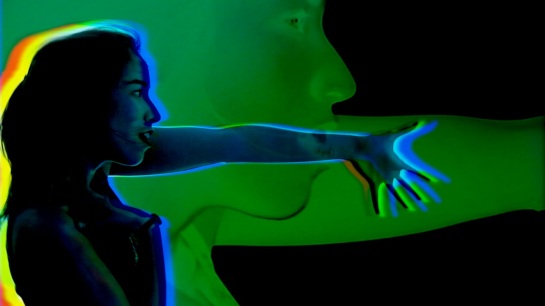 I’ve become disgracefully reliant on the shorthand of reference and sensibility between Luke and myself. I’d previously written fully-blown scripts for the videos we made together, conscientiously putting everything down in professional script format (Courier New and everyfing!). This time I just wrote a half-page treatment for my idea and then we talked it over for a couple months. Central to my concept was fulfilling my years-long ambition of getting legendary Phoenix-dancefloor-star Robbie Karmel to dance in the clip (he’s also an amazing artist and you’ll be checking out his stuff right now). Once he was locked in we rounded out the dance troupe with the immortally fierce Emma McManus and Lisa Divissi (Luke and my dancing got cut).

A lot of my favorite hip hop and pop vids bounce confidently between seemingly unrelated settings and narratives, tied together by the sense of the performers identity. I also love the way a music video can endlessly call back to moments once they’ve been established. With those two elements in mind I came up with three separate ‘story strands’, each of which we shot as aggressively linear and coherent short films in their own right. Then I asked Luke to throw narrative coherence out the window and use the footage as raw material for a dizzying mood piece, cut to the music above all else. 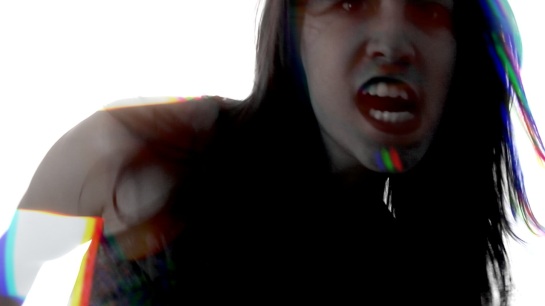 It’s also funny that this video crystallizes the notion of Babyfreeze as a two-piece just as we’ve morphed into more of a collective. The next video will certainly reflect that change!