Behold – Faux Faux Amis’s video for our cover of Stenxh’s You Know.

The track was intended as part of a compilation of acts on Early Music covering each other. That album never eventuated, but we pushed ahead and finished our version earlier this year. Catherine suggested You Know and I loved the idea because it’s so far removed from our typical sound. We take several liberties with the arrangement – in particular, returning to our straight-ahead punk leanings on the coda. Catherine delivers a towering performance on lead vocals; however the true MVP is our multi-talented drummer Darren Atkinson. Not only is this the first recorded piece we have with Darren on the skins, but he also produced the track, arranging and performing most of the instrumentation in the blissed-out second section (and contributing some killer vocals at the end). Plus, he let me loose on the melodica – something few producers have been game to do before! I love the texture the melodica brings, lending an ethereal atmosphere to the song.

A track with such an otherworldly vibe required a matching video. There are very few ways to up your production values without spending any money, but one is to make use of any exotic locales you might come across. So far, I’ve filmed an episode of One Pot Punk Rock in New Zealand, and the Faux Faux Amis’ video Holiday Inn in Brooklyn. For this clip, I took my camera out on our first night in Marrakech, exploring Jemaa el-Fnaa square. 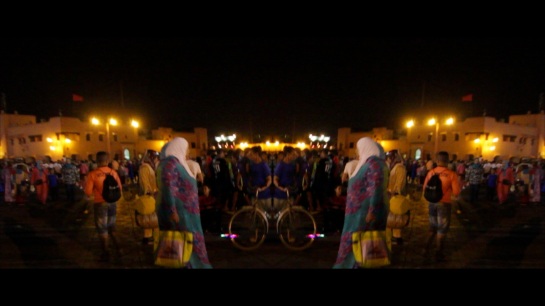 The square is surreal, a swirling carnival of snake-charmers, games of chance, musicians, monkeys, colourful characters, eateries and throngs upon throngs of revellers. Anywhere else would hold an event like this as a yearly festival, but here it happens every day. The camera was a magnet for hustlers and touts, but I just pinballed around all night, swept up in the dazzling and disorienting sights we witnessed. I double-downed on the kaleidoscopic feel by mirroring  the footage (also effective at obscuring my shaky camerawork). Between the track and the video, I feel it’s the most psychedelic thing we have done yet. 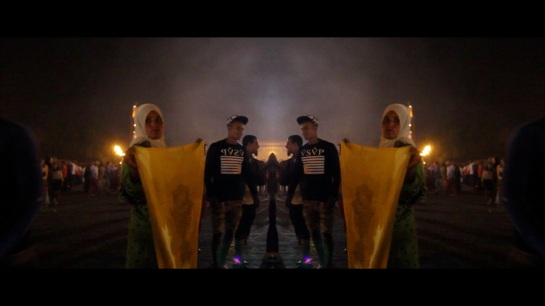