Faux Faux Amis tripped to Melbourne last week to begin Projet de Producteur (aka the Producer Project).  Over the course of 2014, we are recording one or two songs a piece with different producers, and then releasing them in various ways (options include vinyl, cassette, music videos, remixes, etc.).  The producers choose what song of ours they want to record, and then we invite them to weigh in with arrangement, style, and aesthetic considerations.  It’s always intrigued me how much influence producers have over a band’s sound, and I want to explore how different studios, styles and personalities can affect that. 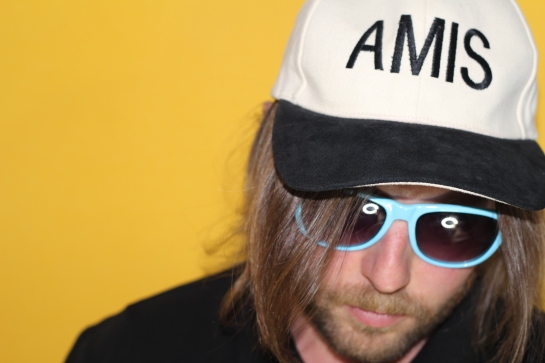 The first recordings took place at Elephant’s Foot Studios with our good friend (and sonic whiz-kid) Nick McCorriston.  Nick’s tastes vary wildly, but he has a soft spot for punky stuff, so it felt like a good match for our initial foray.  We spent eleven hours getting down two songs.  Nick had loads of cool ideas, and I’m really pleased with the results.

Faux Faux Amis has been able to move quickly – only three gigs under our belt and we have a zine, a live video rig, recordings, and ummm, hats.  I love the pace (and am driving it), but more than that, it’s testament to both Kev and Chris’s skill as musicians, and how completely game they are for any whimsical scheme I suggest.