We’ve worked up a couple of covers to include at Faux Faux Amis’ next gig.

I don’t have much experience with bands and covers – I can exhaustively list it in a paragraph.  It makes for an interesting potted history:

I also covered a couple of KISS and AC/DC songs with ‘The Dull Thuds’, a band put together with some work colleagues for a charity talent show.  I only mention it so I can run this photo: 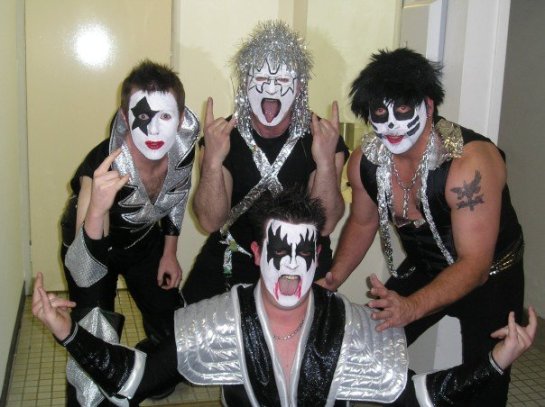 Choosing covers is a weird art – there’s a lot of variables in locating that sweet spot between too obvious/obscure, too reverential/antagonistic, etc.   I’d been toying with including an Iris Dement or Tuff Darts song, but these first Faux Faux Amis covers fell into our laps – I want to get out playing them while they still has some of that fresh energy attached.