So after months of writing, rehearsing and tearful grappling with social media, The Last Prom grand finale has taken place. My long- held ambition to stage a live narrative concept album has now passed into cockamamie reality.

And by every important measure, it worked. All thanks to the most incredible group of artists and performers I’ve ever worked with, and one stellar crowd.

On the night, we had to wait for the Canberra Youth Orchestra to finish there rehearsal before we could even begin to set up, leaving us with just 3 hours to transform The Ainslie Arts Centre into Aleister Crowley High School. We were still getting sound check done when the crowd began to arrive, but luckily my amazing friends The Sinbirds (pictured below) covered our asses by performing a warm-up set in the carpark.

After that, the entire night was almost derailed when our smoke machine set off the fire alarm (shout out to the local firefighters for their quick response time). Nerve-racking, but nothing could have derailed my excitement by then. People had come! Lots of people! And they’d come in costume, with their own characters, ready to fully immerse in the story world. I was overcome with gratitude, and high on the absolute faith that I had in my band.

Ladies and Gentlemen: War! Famine! Pestilence! Death! And myself, The Antichrist! 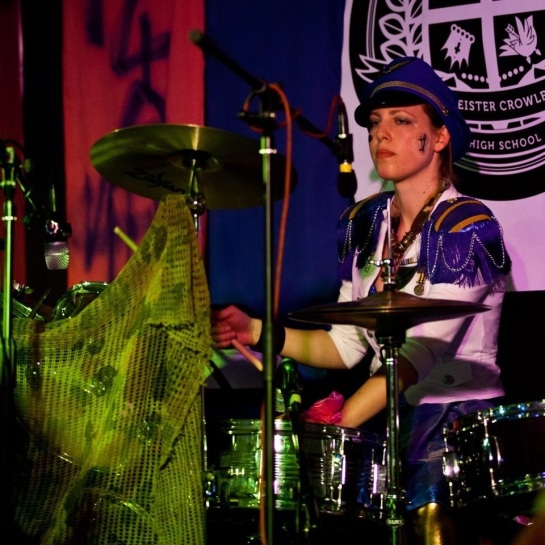 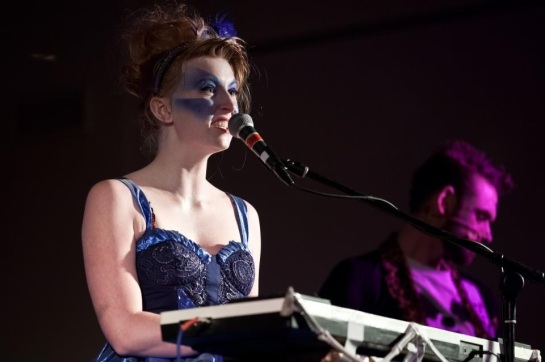 Over a breathless and surreal 50 minutes we played 10 songs (that had never been played to an audience before) and told the story of the Antichrists’s tragic love story with Death. I managed to pull off my lines to an acceptable standard, but most of the dramatic heavy lifting was handled by our director Joel Barcham in the role of the SOCE teacher and Ali MacGregor and Bib Cain as The Muses Of The Apocalypse.

Julia ‘Death’ Johnson definitely had the toughest role, singing co-lead in all of the songs while assaying her transformation from Death to Death-disguised-as-mortal-girl to Death-as-prom-queen-of-the-apocalypse. She was completely amazing, despite the failure of her keytar strap to fit over her shoulder carapace (your standard performer issue). 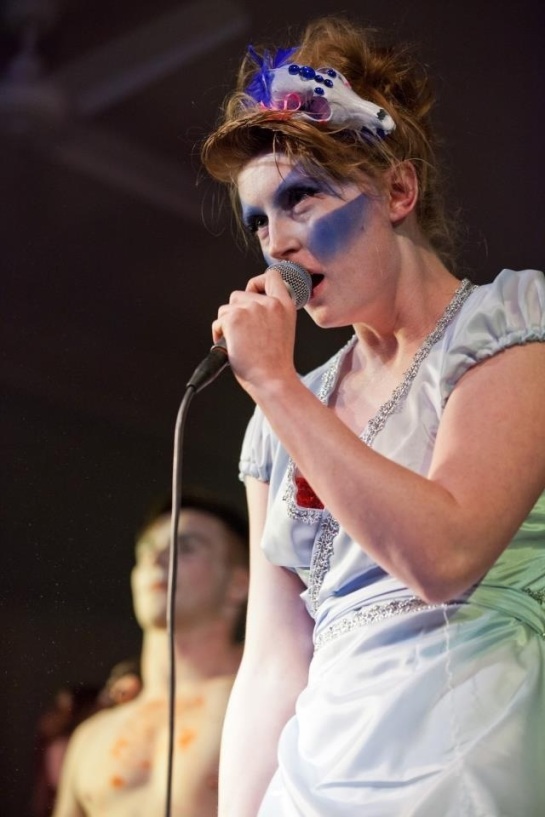 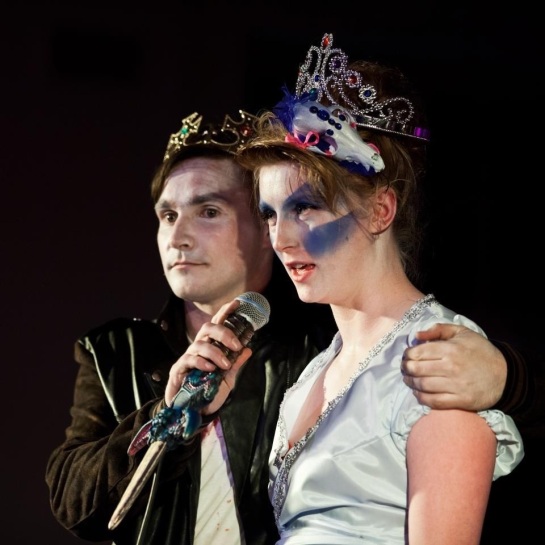 Once the show concluded, the real main event was the epic after party set by Dead DJ Joke, who’s been a critical part of The Last Prom experience from the start. 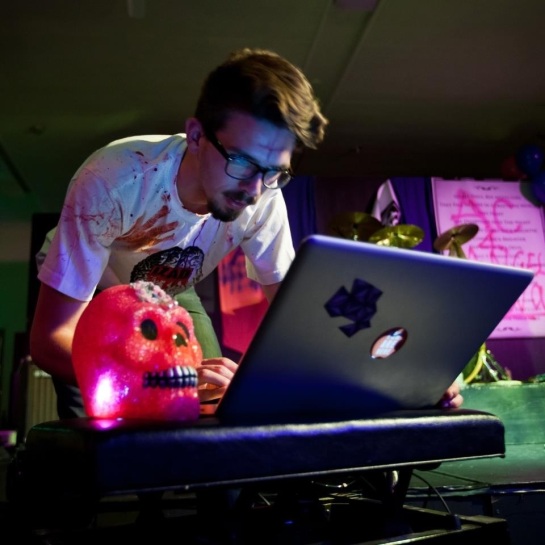 There’s already some voices calling for us to restage the show, but I’ll have to sleep for a good hundred years before I can think about that one. Meanwhile, I’ll post more photos and a couple of reviews soon. All photos by the star of The Aleister Crowley Student Newspaper, Adam Thomas!